The City of Austin released the first draft of revisions for its land development code and zoning maps. The revisions come more than a year after city council nixed CodeNEXT – Austin’s previous attempt at revising the code. The extensive code is more than a thousand pages long but it addresses some of the city’s most pressing issues.

The City of Austin has wanted to revise its land development code since the release of Imagine Austin in 2012. The current code was released in 1984 and has undergone no major revisions since. The land code has, however, experienced more than 30 years of amendments, creating a web of legislation that complicates building in the city.

Many of the revisions stem from Imagine Austin and the Austin Strategic Mobility Plan, both of which act as a blueprint for the city’s future. Through these plans and land code revisions, the City of Austin aims to create dense, affordable communities.

The current land code was implemented when Austin’s population was less than half the size it is now. After 30 years, the code has become a web of outdated and overly complex amendments. The proposed code addresses everything from water quality to zoning changes. If adopted today, the code would allow for an increase in the number of affordable housing options, reduce parking requirements and change how some developers mitigate storm water runoff.

The code already received majority approval from the Austin Planning Commission. Now, after weeks of public hearings, town halls and neighborhood association meetings, the revised code will face a crucial round of readings from city council on December 9th. Monday’s reading will be the first of three required approvals from the Austin City Council where members will decide what recommendations from the planning commission and city officials should be included in the next draft.

The engineers at Jones|Carter stay up to date on land development codes and regulations for cities across Texas. Consult with our Land Development Team to find out how Austin’s proposed code could impact your development. 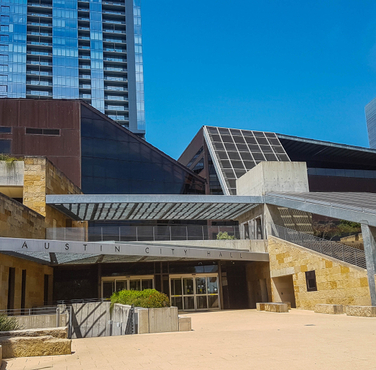